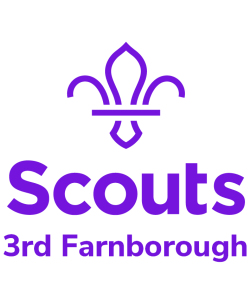 Get social with us

This page is still being written.  Please keep checking back as it will be added to regularly.

In March 2020, face-face Scouting was suspended for the first time ever by our parent organisation The Scouting Association meaning that as a Scout Group we were unable to do all the things we love doing.

Well, were unable to do them in the usual ways, but as Scouts, we're never ones to be beaten, so we rolled up our sleeves and used our spirit and resilience to turn a negative into a positive.

We had to learn new ways of Scouting, helping others, and even how to run virtual camps and campfires!  We met online, we did scavenger hunts, and we cooked and cleaned.  We camped indoors and outdoors.  We ran a virtual campfire.

Our Young People earned over 350 badges during the Lockdown period.

The Group continued to enjoy steady growth through word of mouth.  Our limiting factor is numbers of leaders, however we welcomed a number of new leaders this year.  Welcome Sarah Hearnden (Fox) and Adam Hearnden (Bear) to our Scouts section.  Welcome Steve Worsfold (Akela) to our Cubs section.  And welcome  Dan Langridge (Ranger) to our Beavers and Scouts sections.

We now have an Akela again, and this enabled Iain to step back a little from Cubs.

We said "au revoir" to Francina Butterworth at the end of the Summer Term, as she stood down from her Beaver Leader role handing over to Lisa Roy (Malak) as our new Beaver Leader.  It was lovely to present Francina with thank-you gifts at our AGM in the September.  I am delighted that both Francina and Chris continue to support the Group and both help out whenever called upon!

Summer Camp 2019 was at Ferny Crofts again by popular demand from our Scouts.

The Group enjoyed lots of growth through word of mouth especially in its Beavers and Scouts sections.  Lots of focus on adult volunteer recruitment as a result of the growth and following Chris Butterworth (Bagheera)'s semi-retirement.  We welcomed Sarah-Jane Anderson (Chipmunk) and Gloria Smith (Otter) to our Beavers section.  We welcomed Jo Lane (Raksha) and Stephen James (Sahi) to our Cubs section.  And we welcomed William Lucy (Wolf) to our Scouts section.

Iain Roy (Skip) took on running the Cub Pack in September, and Chris Butterworth was presented with thank-you gifts on behalf of the Committee and the Group at the AGM as he stood down from this role.

Summer Camp 2018 was at Ferny Crofts with 14 scouts joining us for a week of activities.  One of the hottest summers on record.

Iain Roy (Scout Leader) and Mark Cronin (Assistant Scout Leader) along with Susan O'Mara (Troop Assistant) opened 3rd Farnborough Scout Troop on 3rd October 2016, with 3 scouts all of whom had moved up from the Cub Pack.

The Group celebrated its Diamond Jubilee (60 years) and had a special blanket badge commissioned.  A party where former leaders were invited was organised by Chris and Fran Butterworth. 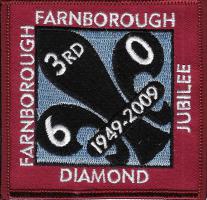 In the early 1970's a second Cub Pack was started, and the two Cub Packs were known as Orion and Pegasus.  Whilst we now just have the one Cub Pack, in a nod to this part of our history our two activity rooms in our HQ are called the Orion Room (Beavers), and the Pegasus Room (Cubs and Scouts).

Liz Griffiths was Cub Scout Leader of one of the packs until she became Assistant District Commissioner (ADC) for Cubs in 1984. 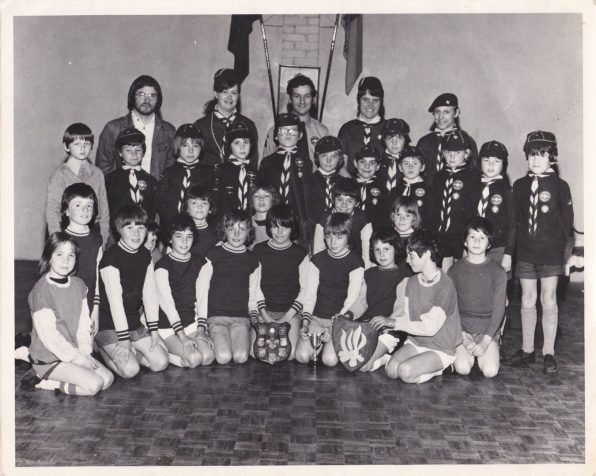 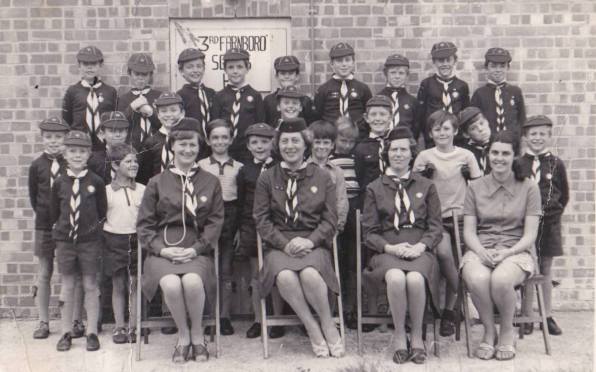 A new headquarters (which we still use today) was opened on October 30th, 1965 by Frank Hamel.  Our headquarters was build by craftsmen of the 1st Parachute Battalion.  Material costs were raised by the Group with assistance from 4th Farnborough Guides and Brownies, from a grant by the Hampshire Education Committee, and with the generous and material assistance of the Building Industry Youth Trust. 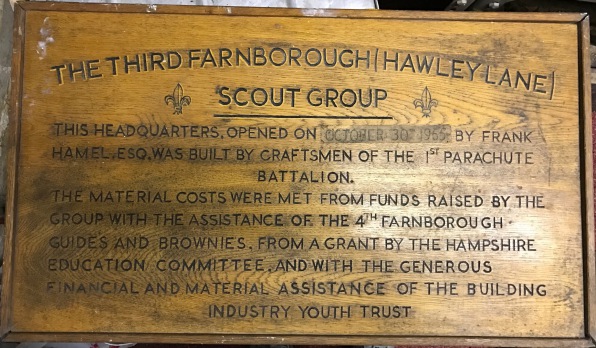 Our census return for this year indicates that there were 2 Wolf Cub Leaders, and 1 Group Scoutmaster.

From census records, it would appear that during 1960 there were 2 Wolf Cub Packs running at 3rd Farnborough but just for this one year.

Frank Elliot and Jim Armsworth were Scout Leaders in the late 50's and early 60's.

In February, as the Group was expanding the District Commisioner requested that a second pack be opened, and also that a 4th Farnborough Group be started.

However, in March the request to open a 4th Farnborough Group was reverted.

W. G. A. Pont's warrant was changed from Assistant Scoutmaster to Scoutmaster.

Cubs won the Mayne Trophy but were then disqualified.

District minutes record that the District Treasurer pointed out that the loan of £10 made to 3rd Farnborough on 3rd March, 1949 was still outstanding.  It was left as outstanding on the books.

A fete was held on Saturday 26th August raising funds for the completion of the Headquarters hut. 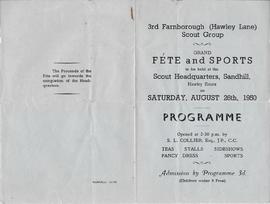 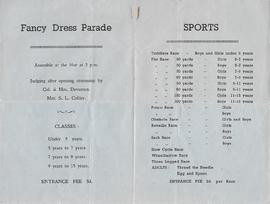 District minutes noted that the Group will probably form a Senior Troop in the near future.

On 3rd January 1949, Col. Devereux reported to District that a new Group to be called 3rd Farnborough was being formed on the Hawley Estate.  It was agreed on 7th February 1949 that 3rd Farnborough could start when a suitable meeting place was located.

On 7th March an application for a loan of £10 was made for purchase of equipment and this was approved subject to acceptance of registration.

3rd Farnborogh re-opened in March 1949 with Registration Number 27163 and has been continuous ever since.  The Group was registered as 3rd Farnborogh (Hawley Lane) which remains to this day our official name, though we now no longer use the Hawley Lane designation.

In 1927, 3rd Farnborough Scout Troop was merged into 2nd Farnborough and closed.  The last records we have indicated that there were 24 Scouts and 2 Leaders. There is no evidence of there being a Cub Pack in existence at the time of the closure.

On 11th June 1928, Mr J Wilson resigned as Scoutmaster, one of the oldest members of the Association.  Extracts from District minutes note that a letter of thanks was to be sent.

On 18th July 1914, the Troop under Scoutmaster Masters attended a rally in Farnham Park.  With other Troops, Scouts from 3rd Farnborough went through some musical stave drilling smart style and did a clever fire drill.

Aldershot News on 18th March 1913 reported that the Troop paraded with other Troops on the lawn of Avenue House, Marlborough Lines.  They were inspected by Mr Patmore the County Secretary.

On 15th June 1912, 3rd Farnborough Boy Scouts under the leadership of Mr Wilson attended a local rally at Government House that was inspected by General Haig.

3rd Farnborough was officially opened with Registration Number 1321 and its base was the National Children's Home in Alexandra Road.